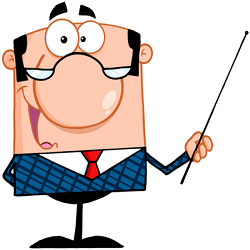 Parts of speech are grammatical classes of words which are distinguished on the basis of four criteria:
- semantic;
- morphological;
- syntactic;
that of valency (combinability)

The general meaning is understood as categorial meaning of the class of words.

Meaning is supportive criterion in the English language which only helps to check purely grammatical criteria - those of form and function.

Such examples though being artificial help us to understand that - grammatical meaning is an objective thing by itself though in real speech it never exists without lexical meaning.

2) Form, (morphological properties) The formal criterion concerns the inflectional and derivational features of words belonging to a given class. That is the grammatical categories they possess, the paradigms they form and derivational and functional morphemes they have.

Because of the limitation of meaning and form as criterion we should rely mainly on words' syntactic functions (e.g. "round" can be adjective, noun, verb, preposition).

3) Function. Syntactic properties of any class of words are: combinability (distributional criterion), typical syntactic functions in a sentence. The three criteria of defining grammatical classes of words in English may be placed in the following order: syntactic, distribution, form, meaning (Russian: form, meaning, syntactic distribution).

So a part of speech may be described as a field which includes both central (most typical) members and marginal (less typical) members. Marginal areas of different parts of speech may overlap and there may be intermediary elements with contradicting features (modal words, statives, pronouns and even verbs).

Words belonging to different parts of speech may be united by common feature and they may constitute a class cutting across other classes (e.g. determiners or quantifiers).

Possible Ways of the Grammatical Classification of the Vocabulary.

The parts of speech and their classification usually involves all the four criteria mentioned and scholars single out from 8 to 13 parts of speech in modern English. The founder of English scientific grammar Henry Sweet finds the following classes of words: noun-words ( here he includes some pronouns and numerals), adjective-words, verbs 4 particles (by this term he denotes words of different classes which have no grammatical categories).

The opposite criterion - structural or distributional - was used by an American scholar Charles Freeze. Each class of words is characterized by a set of positions in a sentence which are defined by substitution test. As a result of distributional analysis Freeze singles out 4 main classes of words roughly corresponding to verbs, nouns, adjectives, adverbs and 15 classes of function-words.

Notional and Functional Parts of Speech.

The function of linking and specifying words.

Pronouns constitute a class of words which takes an intermediary position between notional and functional words: on the one hand they can substitute nouns and adjectives; on the other hand they can be used as connectives and specifiers. There may be also groups of closed-system items within an open class (notional, functional and auxiliary verbs).

A word in English is very often not marked morphologically. It makes it easy for words to pass from one class to another. Such words are treated as either lexico-semantic phonemes or as words belonging to one class. The problem which is closely connected with the selection of parts of speech is the problem of conversion.

There are usually the cases of absolute, phonetic identity of words belonging to different parts of speech. About 45% of nouns can be converted into verbs and about 50% of verbs - into nouns. There are different viewpoints on conversion: some scholars think that it is a syntactic word-building means. If they say so they do admit that the word may function as parts of speech at the same time.

Russian linguist Galperin defines conversion as a non-affix way of forming words. There is another theory by French linguist Morshaw who states that conversion is a creation of new words with zero-affix. In linguistics this problem is called "stone-wall-construction problem".

The words are monosyllabic in English because there are few endings in it, because English is predominantly analytical. We differentiate between full and partial homonymity, we usually observe full homonymity within one pan of speech and partial - within different parts of speech. If we have two homonyms within one part of speech their paradigms should fully coincide.

Homonyms can be classified into lexical, lexico-grammatical and purely grammatical. We should differentiate between homonymity and polysemantic words.